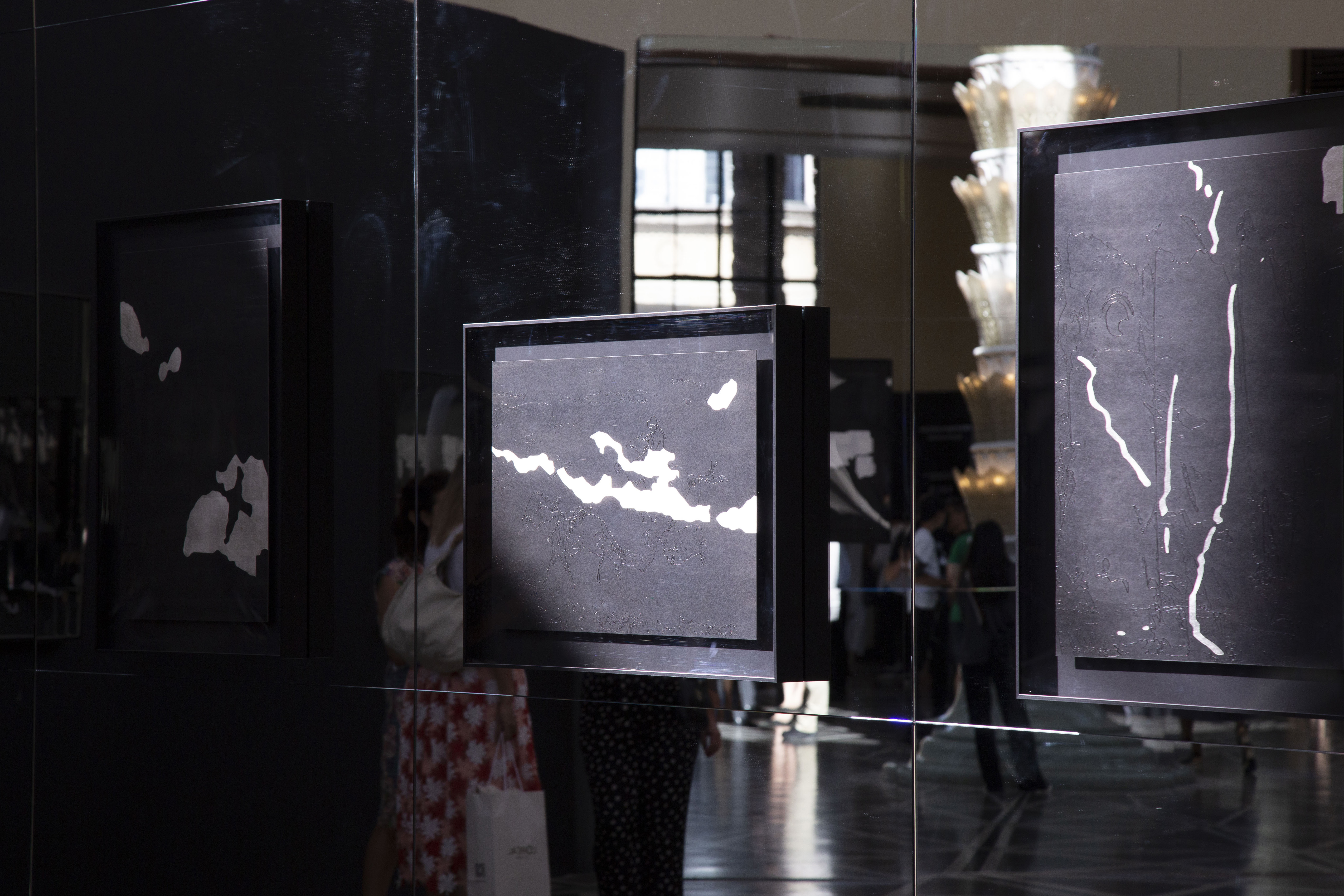 The “phot” in “photography” originates from the Greek word meaning “light,” while “graphy” refers to “ to describe, record or draw.” In this sense, the literal meaning of photography is "drawing with light." When “photography” was translated into Chinese as shè yǐng, "light" was replaced by the word for "shadow" (yǐng), and the more objective "graphy" was translated into the active verb meaning “to take/capture" (shè).

"Photography" is object-oriented, while "shè yǐng" is oriented to the subject's perspective. The world emits light. What we see is the shadow. Light and shadow together comprise the form of the world (eidos)—perhaps then, the everyday Chinese term “zhàoxiàng” (take a picture) is a more complete expression.

To discuss photography in terms of light, shadow, and picture is not only to be concerned with the ontology of photography in the philosophical sense, but it is also to consider it from its technical origins. In terms of its technical mechanism, photography is a photochemical reaction that occurs in optical devices. From lens imaging, to negative film exposure and darkroom development, several light-shadow logic reversions occur, although only one photo is seen. Wang Ningde's entire photographic practice has undergone a shift, turning from an early emphasis on the photo as result, and back towards the mechanisms behind photography.

From his use of the flash/photo line in the Let There be Light exhibition to the slide/film matrixes of his Form of Light series, in Wang Ningde’s series of artistic practices taking the theme of “light” as language and material, the background mechanisms of photography are successively expanded on. At the same time, the production and viewing relationships of photography become reorganized. Through these reorganizations, new perceptions of photography are able to emerge, and the relationship between people and photography is restructured.

In Negative Light, the basic language and materials of photography such as shadows, mirrors, silver foil and photographic emulsion (silver halides) are distanced from the camera body, just like words that have been separated from a sentence and formed into another possible text. The shadow is no longer part of the shape of the object, but becomes an abstract—yet independent—form; the mirror is no longer just a reflector of other things, but an opaque signifier itself; silver foil and silver halide are no longer photosensitive substrates, instead acting as ready-made materials.

Here, "negative light" is not so much a metaphor for shadow, but rather a retrospection of photography as a light-based mechanism, returning to its origins and further, into its conceptual mirror quadrant. Therefore, rather than saying that this is an immersive exhibition, it is better to say that this is a contemplative exhibition, an exhibition that ventures outside of and before photography, in order to consider “what is photography.”

When the work is viewed strictly from the front, it presents a smooth and perfect mirror surface. When the angle of viewing deviates, the images hidden behind the vectorized shadow patterns on the mirror surface are reflected. The silver in the mirrors’ surfaces infinitely reflects the scenes in front of it. Those reflections combine with the photographic image (also reflected by the mirror surface), together constituting a complete image. The missing imagery of the silver shadow forms becomes completed by the viewer's mirror image, and the viewer becomes a part of the entire image. The work resembles an open camera obscura, which blocks the viewer's line of vision while using reflection to expose its own interior.

An image as seen by a camera is made up of countless slices of imagery: numerous focal sections that are parallel to the focal plane. When the viewing angle changes, the rear sections of the scene will be either blocked from sight or become visible. This is similar to the principles of stage setting in early theatrical productions: within the limited space of the stage, scenery flats would be arranged so as to achieve the effect of a multi-dimensional space. The imagery of the scenery flats placed in the front and middle of the stage was often cut in the shapes of mountains, buildings and trees. For me as a photographer, the movement of the camera lens often reminds me that the lens is compressing a three-dimensional world onto a plane.

Having long been interested in the history of civilization and art, I have photographed a large number of shadows in different museums. Following a process of vectorization, these photographs of shadows are used as the source of the mirror "patterns" in the work. These forms are the projected shapes of artworks and cultural relics, and they also refer to the shadowed areas in photographic images that often go unnoticed.

The photographs covered by photographic emulsion were chosen from snapshots taken during a trip I made through the United States in 2017. This trip was not only aimed at reviewing the history of modern and contemporary art that has affected me personally, but also exploring some of the fragments of American culture that have been regularly transmitted to China over the years. The images include records of visits to a space museum and an aircraft cemetery, an intersection of Route 66, views of Arizona's wilderness, jazz and rock music events, Vietnam War memorials, Wall Street and more. The contours of these photographs are delineated with little variation under the exposed emulsion. This process is comparable to tracing and revealing a personal cultural history, and presents some resulting observations and reflections in the form of these “dark images.”

This series was created during the same period as the Infinite Fill works. In the Reversal works, silver foil is used to form and highlight vectorized shadow imagery, and at the same time photosensitive emulsion is employed to cover over the entire image, as if reversing the shadowed and lit areas. The silver foil patterns are bright shadows, and the surface covered by the black emulsion is a hidden image.

Reversal works start with tracing the edges and image contours of a photo with acrylic. Silver foil is applied to predetermined areas, and then photosensitive emulsion is applied to the whole surface directly in a bright room. Finally, the works are developed and fixed.