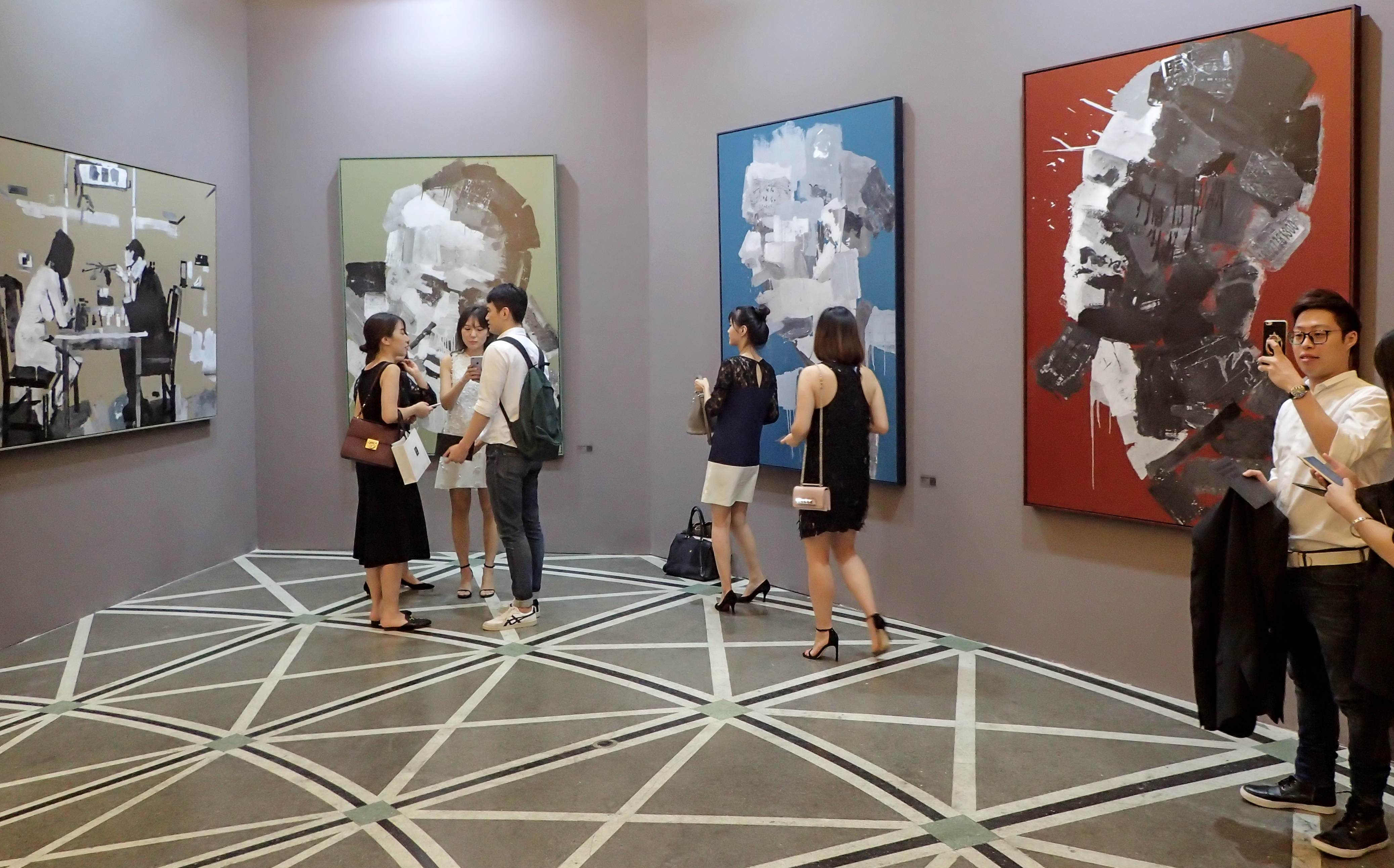 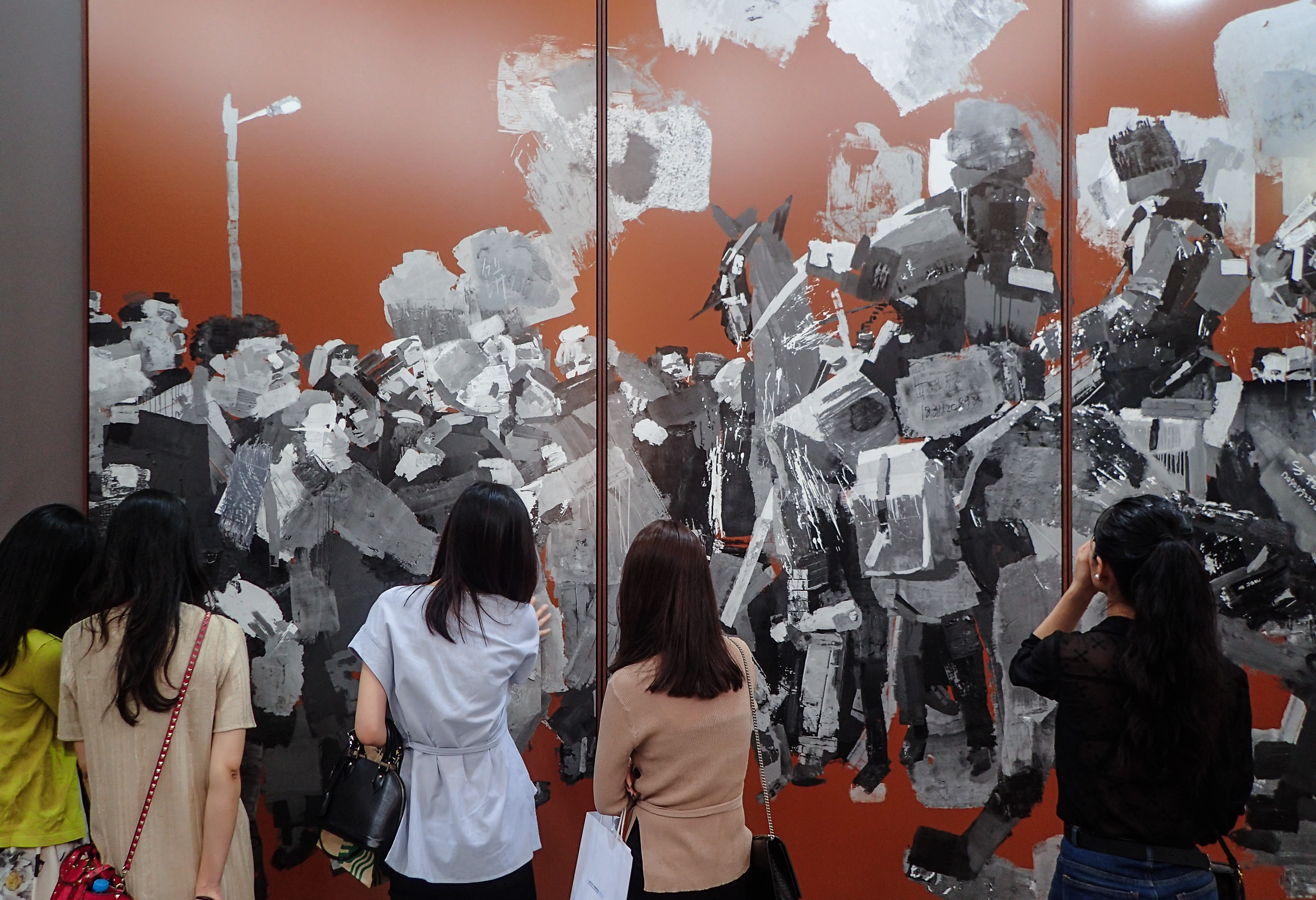 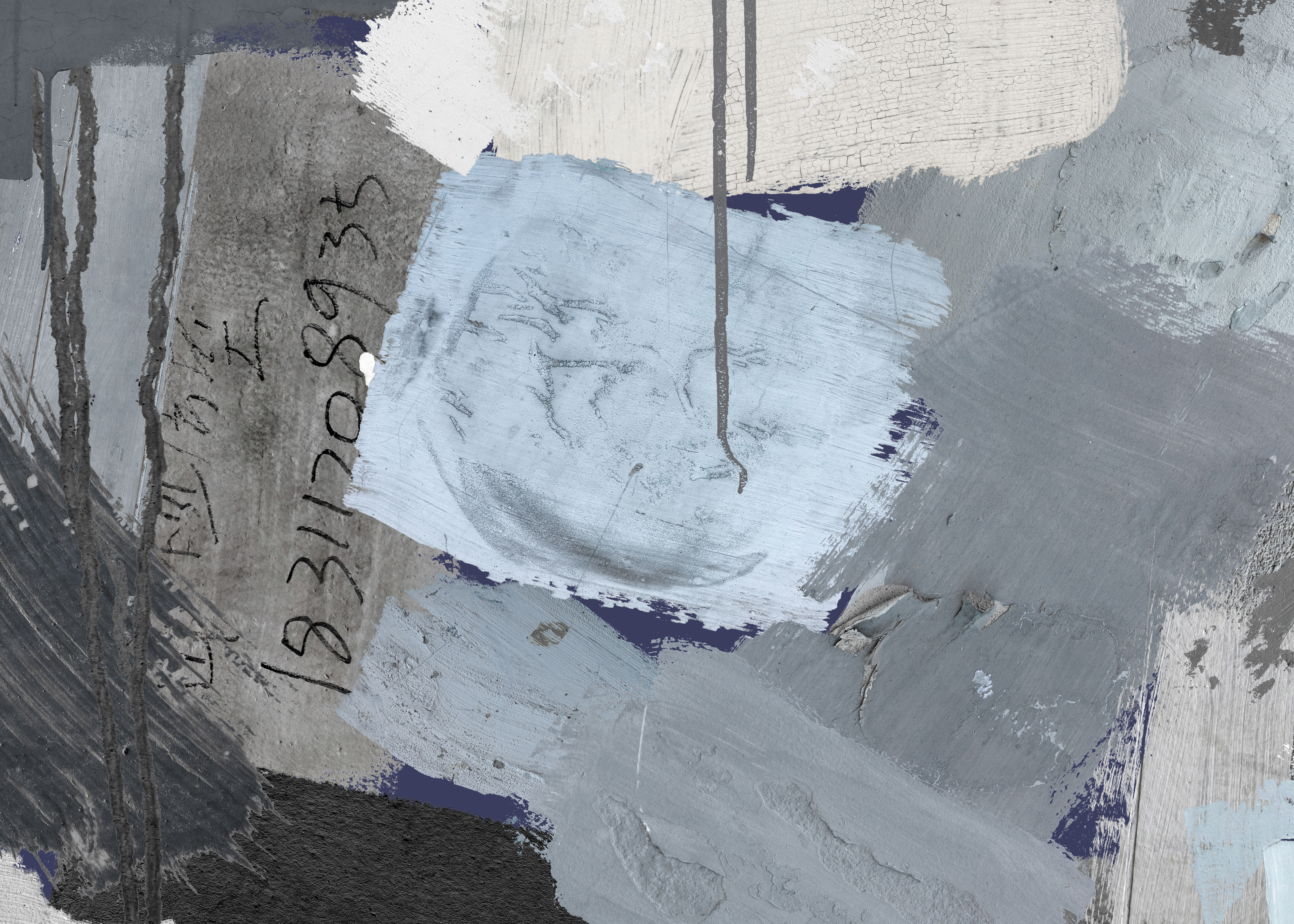 Streets are made for the passage of traffic, and they are also public spaces for the flow of pedestrians. Naturally then, they are the perfect platforms for the posting of information. In China, there are designated billboards and shop windows for this purpose. But for these there are complex approval procedures, and also high costs. Choosing to bypass such formal advertising channels, many people print the information they wish to publish on paper and paste these small advertisements onto any visible surface, or sometimes just scrawl the information directly onto the walls of public spaces. The services advertised vary from apartment rentals, locksmith services, to sexual service, the selling of drugs, and even firearms.

One task of city administration employees is to remove such illicit content from urban spaces. Sometimes, they are careful to scrape the advertisements off the wall, or wipe them thoroughly away with cloth. But oftentimes, they use the simplest and most efficient method available to them: directly cover them with paint. But it’s not possible for the color of the new paint to always match the color of the wall, and the cleaners in fact leave behind more evident traces than the advertisers. For city administrators, this is unimportant: as long as the advertising information is cleared away their goal is achieved—aesthetics is not considered.

To create the images in the No Name series, Wang Ningde searches walls and other surfaces in public urban spaces, photographically collecting images of these markings left by city administration employees. Such brushstroke markings can be found in various shapes and sizes scattered throughout the city. On close inspection they appear without aim and relaxed, since they are formed not in order to represent something, but to erase.

The illicit advertisers and the city cleaners are in a conflicting relationship. These paint marks are a record of contradiction and resistance between authority and minor offenders in the urban environment. Wang Ningde views each brushstroke as the embodiment of conflict genes. He uses them as building blocks to form composite images that refer to nameless mark-makers, nameless scenes, nameless participants of group action.

When it comes to urban space use and antagonistic modes of action, the markings also share similar attributes with street graffiti—both are evidence of the voices of peripheral groups, at the same time they forcibly enter our line of vision, becoming part of the infinite number of images to be found in the cityscape. Collecting and integrating elements of the social landscape, Wang Ningde explores the basic composition of social conflict, seeking a subjective expression of social history from the reality of micro narratives.

Wang Ningde has used photography as a medium without allowing the photographs to become time’s container. Here, images are materialized as brushstrokes, disguised as part of the language of painting. There is a sort of humor at work, referencing the complex and oft-entangled art historical relationship of photography and painting. 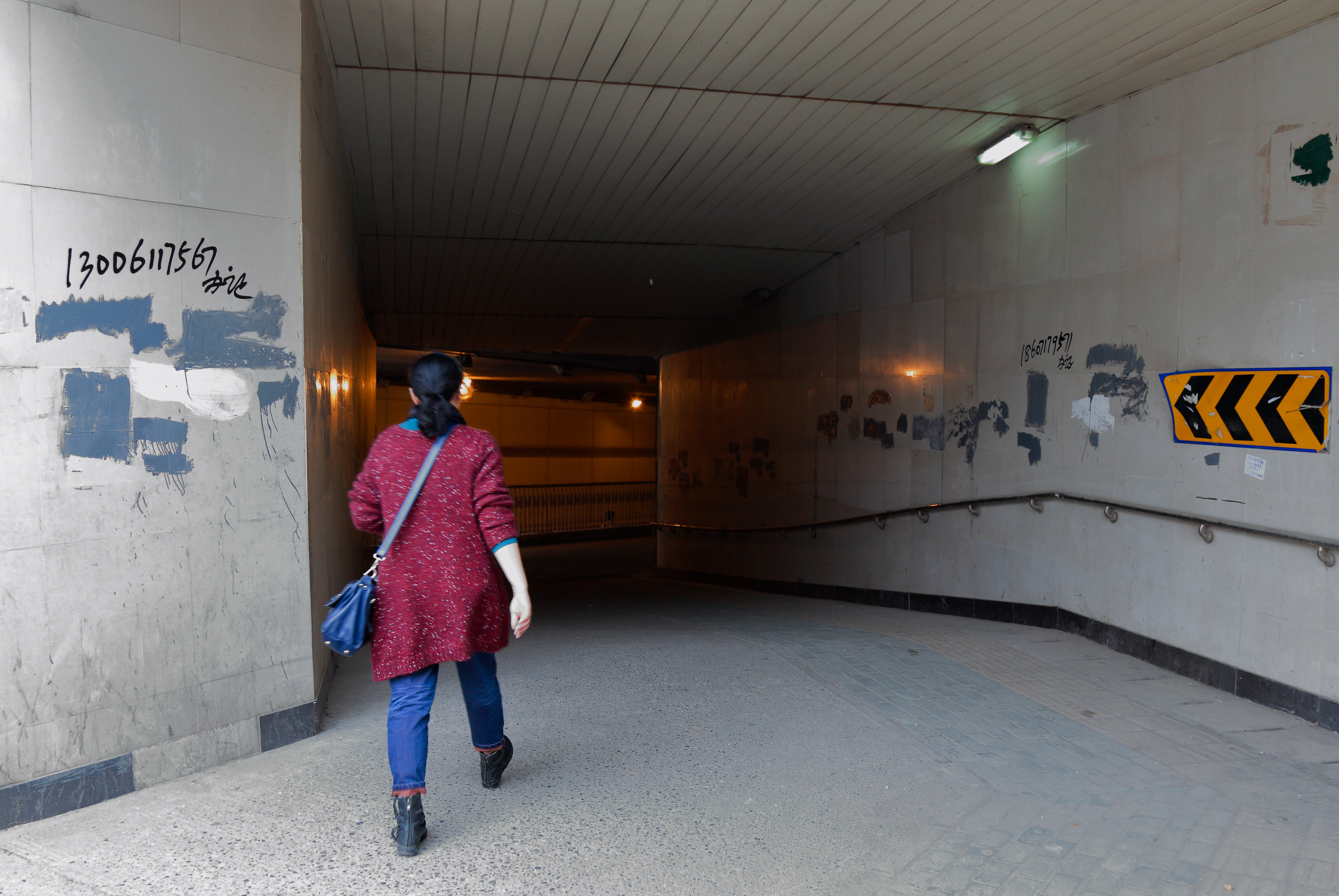 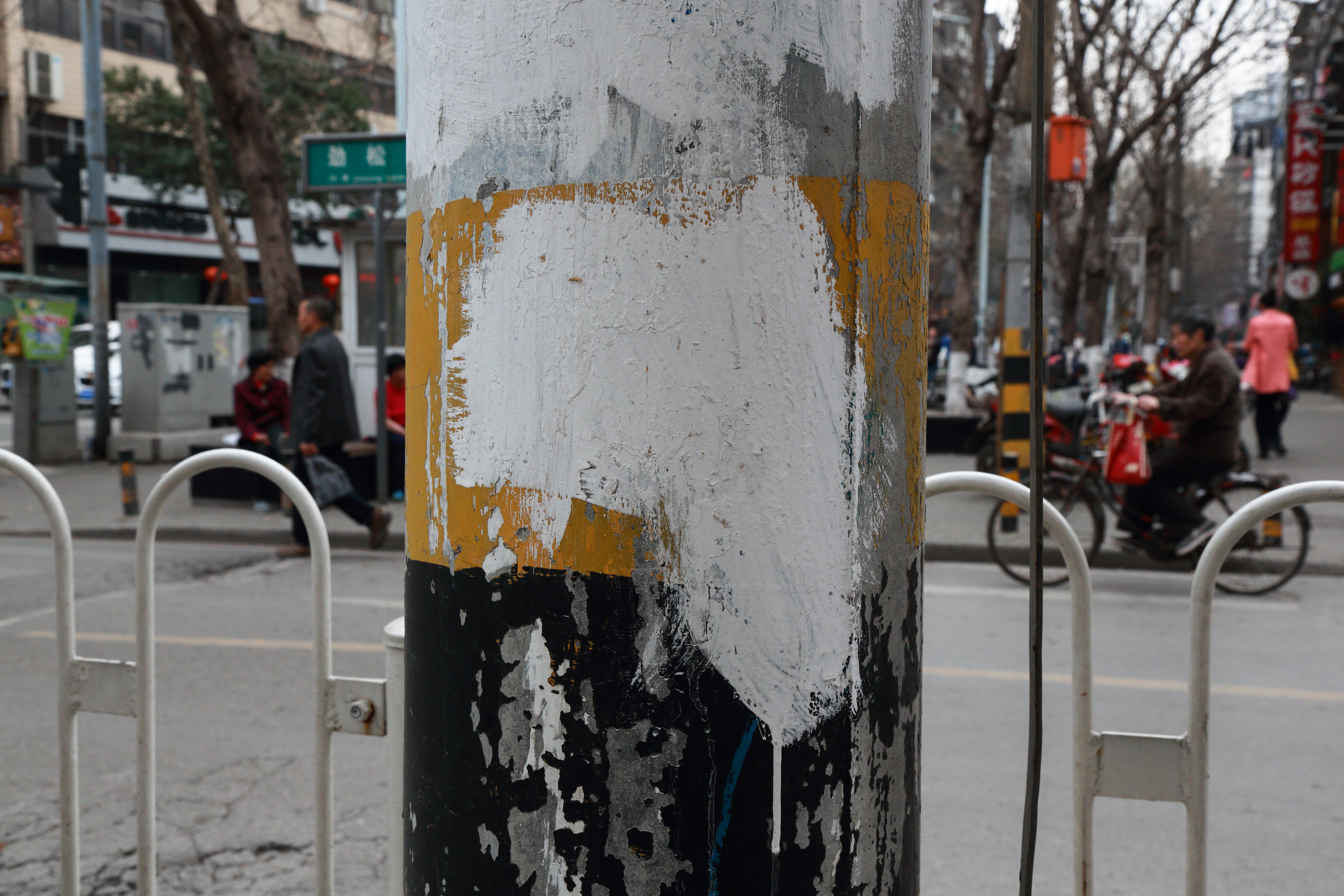